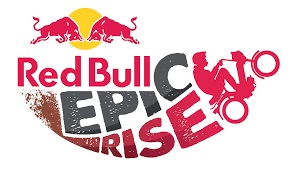 Vibram will be partner of Red Bull at the Red Bull Epic Rise, presenting its collections of motorbike soles and accessories as well as taking the field of the race.

Vibram will be partner of Red Bull at the Red Bull Epic Rise, the race involving “pimped” bikes that will rise to the summit of a legendary 50-meter hill.

Now at its third edition, the Red Bull Epic Rise will gather 75 brave bikers - selected thanks to the creativity, mechanical and aesthetic upgrades of their own bikes - who will compete on Saturday September 17 at the Crossodromo Internazionale del Ciglione della Malpensa (Varese, Italy), to run much distance as possible on a steep climb and get the title of Epic Rider.

Vibram will join the event to present to fans and all interested its own motorbike rubber accessories as well as the Vibram motorcycle footwear collection. Indeed, Vibram has been active for several years in the market of the two wheels with a catalog of specialized soles for boots and with its own collection of rubber accessories. The Vibram frame pads, easily applicable on the bike thanks to a double-sided adhesive, have been developed with an exclusive compound that provides with outstanding grip and improves control by the biker.

Actually, Vibram's involvement in the Yellow Red Bull Epic Rise doesn’t stop here: Max Manzo, former rider considered as one of the founding fathers of the Italian Supermoto (European Champion of Supermoto of Nations 2005 Championship) and for years an expert consultant at Vibram, will participate in the race with a bike “pimped” by he himself, of course with Vibram rubber accessories, to get during the epic climb!