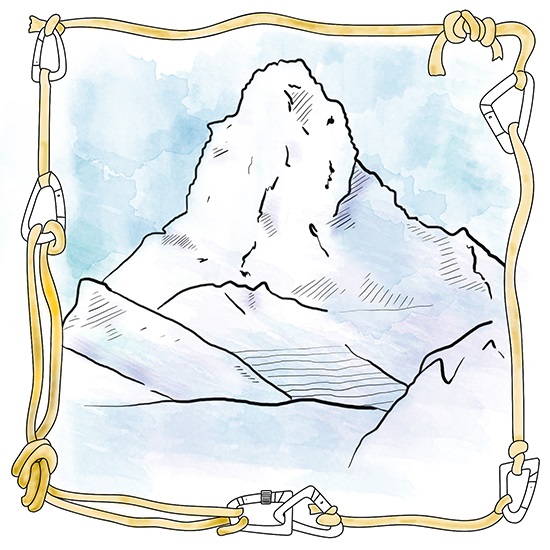 In our collective imagination, the mountains are a timeless place; a teacher of life, sincere and cruel, a physical and spiritual escape for every explorer and mountaineer confronted with them. This is also the case for Vitale Bramani, who sees in the mountains a place where he can challenge himself and his personal torments, put into action his tenacity, imagination and at the same time calm an inner restlessness that seems to find peace only on the peaks. For Vitale, the mountains are also a source of inspiration; this is where his extraordinary invention is born, the Carrarmato sole.

Since then, Vibram has continued to accompany the journey of many mountaineers and explorers, both enthusiasts and amateurs, on snow, ice, rocky terrain, from the Alps to the Himalayas. Through its soles, which constitute a thin and technological interface between the foot and the ground, Vibram has been “climbing” the highest peaks in the world for more than eighty years: from the Grandes Jorasses by Riccardo Cassin in 1938, to the Petit Dru by Walter Bonatti in 1955, from Nanga Parbat by Reinhold Messner in 1970, to Annapurna by Ueli Steck in 2013.