At the Florence fair the company launched the new project for a light, high-performance sole which wraps around the shoe. A Pitti exclusive, the limited edition capsule collection, 100% Vibram, powered by Vibram Wrap & Go Sole. 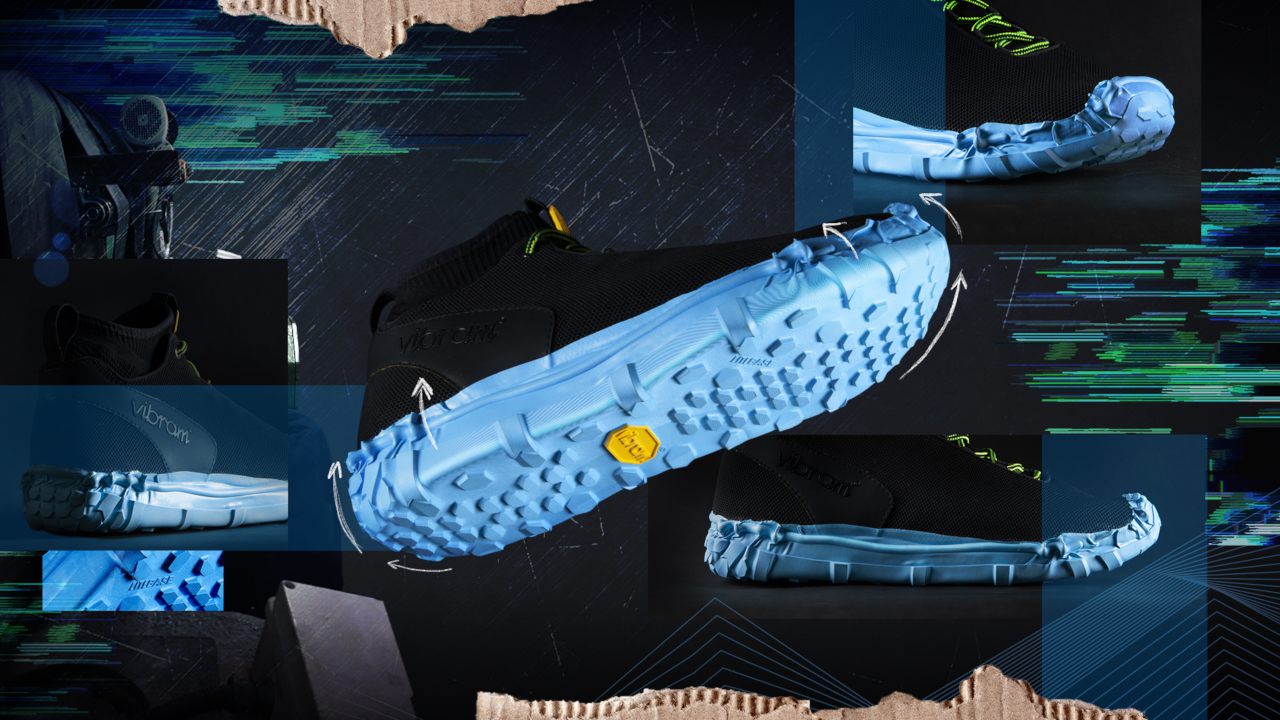 Vibram presented Vibram Wrap & Go at the Pitti Immagine Uomo trade fair from 8 to 11 January 2019, a revolutionary concept in soles that unites high performance in lightness and grip with a brand new “wrap-around” construction.

A natural evolution of the idea on which the already well-known Vibram Furoshiki is based, in the application phase the Vibram Wrap & Go - thanks to its intrinsic design and the unique characteristics of rubber technology - passes from 2D to 3D, reducing waste to a minimum and guaranteeing freedom to customise the shoe. The new Vibram Wrap & Go Sole is characterised by extreme levels of grip thanks to the Vibram Megagrip compound used for construction, by lightness and slimness thanks to the use of Vibram Litebase technology, as well as by side protection and waterproofing guaranteed by the continuity of the sole which wraps around the upper part of the footwear, designing and constructing the shoe itself.

With this new concept, the sole becomes an even more prominent part of the footwear, both in terms of performance and functionality and as a design feature which defines a style which is anti-conventional, daring and capable of providing the shoe with a unique personality.

On the occasion of the Pitti Immagine Uomo fair, Vibram made a special capsule collection of footwear “Powered by Vibram Wrap & Go Sole”: a 100% Vibram-designed shoe with strong stylistic references to the world of sneakers, made with the new Wrap & Go sole. A combination of sportswear ideas, such as technical fabrics and contrasting colours, in an urban and ultra-contemporary style.