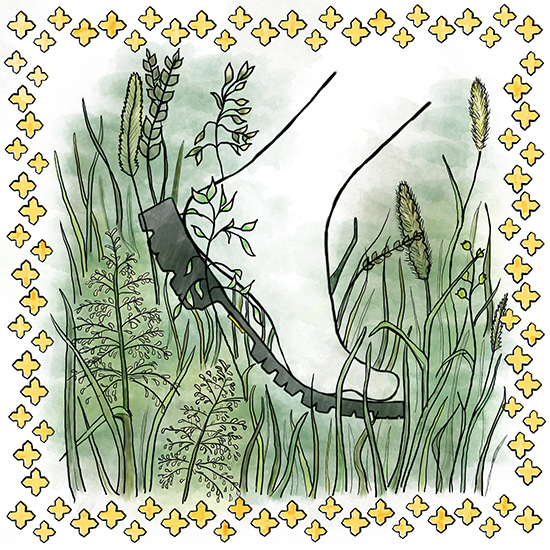 The first graphic evidence of primitive footwear worn by humans, found on Spanish rock paintings, dates back to 15,000 years ago. For the ancient Egyptians, Greeks and Romans, footwear was a symbol, a distinctive feature of social status, but also a functional and protective tool. The soles were both low or high, in leather, wood, rush or palm leaves intertwined and secured to the foot like flip-flops or with ropes on the calf. In the twelfth century, the guilds of Venetian shoemakers included the Solarii, who were specialized sole artisans. In the sixteenth century, in France, Caterina de’ Medici started the trend of heeled shoes, inaugurating the successful combination of footwear and fashion. But what is a sole today?

Always considered a functional and protective component of footwear, it is with Vibram that the sole conquers its independence; in the beginning, the Vitale Bramani’s Carrarmato sole is so revolutionary that all the shoes that had its soles were called “the Vibrams”. The sole by Vitale Bramani, which for the first time combines the three-dimensionality of the nail to rubber, thus becomes the tool that makes you walk well, “walk easy”, and, to Vibram, it is above all the interface that connects man and his foot with the land and nature to which he belongs.

This sole is the company's innovation, not only in terms of production, but also of repair, thanks to the Sole Factor project, born in 2014, with which we want to test and optimize innovative soles, applying Vibram technologies to everyone's feet.